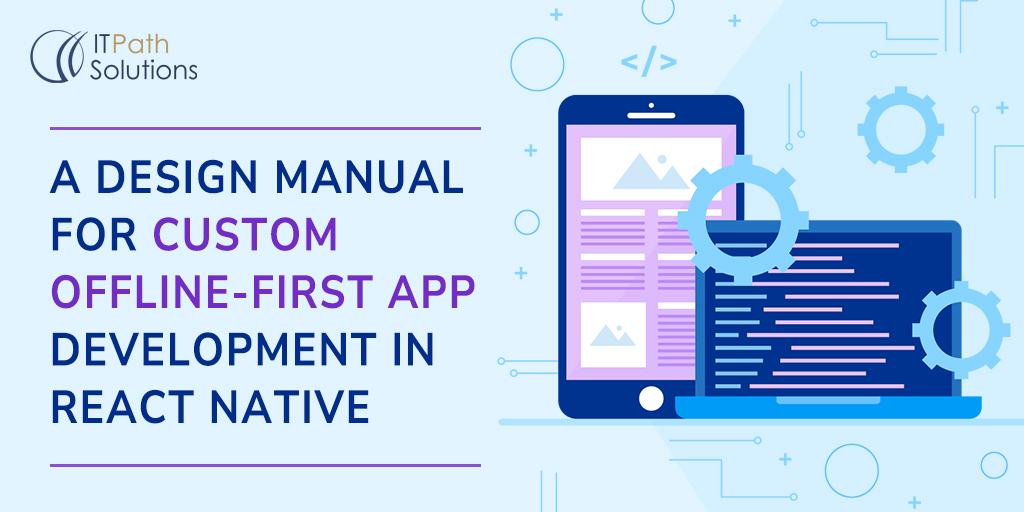 The majority of useful iOS or Android apps serve as Internet portals, linking users to social networking, media, and informational websites. The majority of apps perform at their peak while connected to WiFi or the Internet. However, when the app has a vast directory of information—a grocery store app, for instance—poor connectivity might lead to a slow and uncomfortable user experience.

A development strategy known as “offline-first” guarantees that an app will function just as well offline as it does online. In the correct circumstances, developing an offline-only app can guarantee a more dependable and quick experience, retaining users, and offering a better user experience for your client.

Why do we need the “Offline First “ app?

The majority of online programs have the drawback of requiring a strong internet connection. The app is probably going to be slower and less responsive if you don’t have one.

This is not always the case. They frequently have access to data that doesn’t change frequently and doesn’t call for frequent changes. An “always-on” connection to the server is not required in these circumstances.

Content can be transferred from the server to the phone using apps that are designed to operate offline. A program will run faster and more reliably if it only needs to access the server sometimes rather than constantly. This is especially important when users need quick access to content that doesn’t update frequently.

Consider the grocery shopping app you’re attempting to use in your kitchen, which has poor WiFi reception. A standard online programme must constantly re-connect to the server in order to complete your cart, which is slow and annoying due to the connection’s poor performance.

Offline-first transfers the content (the supermarket’s product directory) to the app, accelerating the shopping process. To finish the payment and schedule the delivery, you only need to go online. The entire user experience is made faster, more streamlined, and more dependable by shifting some of the material from the server to the app.

You might be wondering how offline-first apps function without an internet connection. When a user is offline, is data updated and saved in the app? You can comprehend the fundamentals underlying such apps’ activities if you have come across various offline-only applications. You needn’t worry, though, if you haven’t encountered one. Let’s explore the distinctions between offline and online apps to better comprehend them.

Online apps operate in a simple and understandable manner. Typically, the application’s constituent servers house the data for the application, making all application-related data centralized. The user benefits from seamless synchronization with the existence of an internet connection thanks to this method of app data storage.

On the other hand, offline programs don’t need to be updated frequently. As a result, there is no need to keep asking the server for updated data. Thus, a comprehensive collection of data is kept on the user’s device. As a result, the user accesses the information that has already been downloaded and made available on the device. 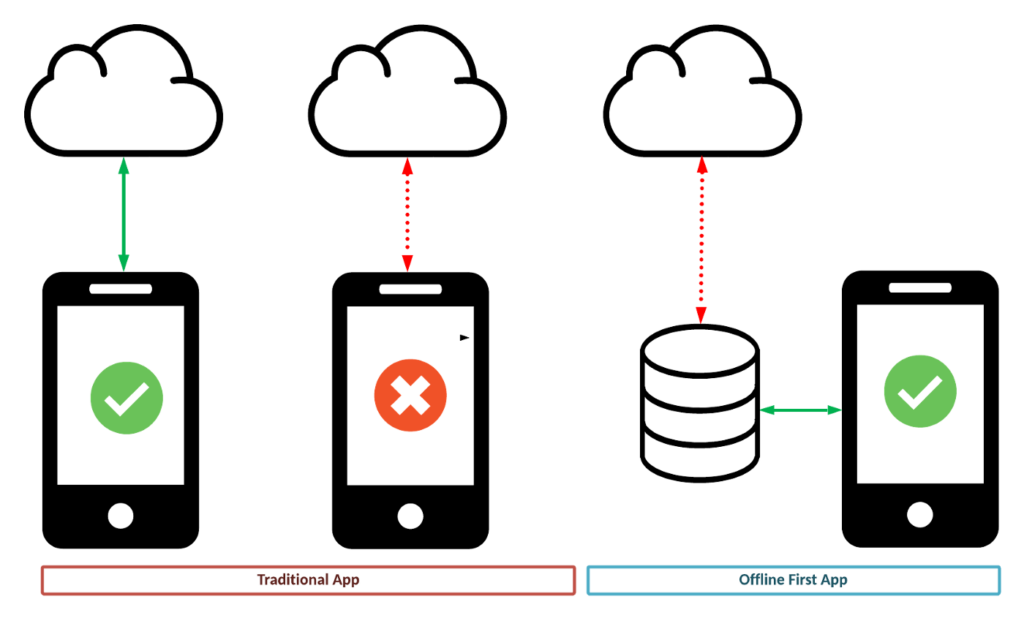 How to create an offline app architecture?

Most individuals typically adhere to the widespread misunderstanding that the creation of offline-first apps simply depends on the local storage of data. When developing apps that are meant to be used offline first, many strategies are used.

The methods consist of:

Another crucial method that it provides is the ability for users to edit data offline, change it as needed, and add requirements. The app can instantly become visible and start receiving updates once internet connectivity has been established. Consider a situation where you could modify the app’s data without necessarily using the internet.

One great method for enabling users to access info when offline is caching. Data is cached on a local server and kept there as long as the device has access to it. One of the most successful offline-first development strategies, it enables the user to have a cutting-edge experience while using an application more quickly than any other. However, the user must invest in a significant amount of storage space because the majority of programmes require a lot of it.

When creating an offline application, the following factors are crucial:

Libraries Which used to implement Offline-First in React Native

Followings are the various libraries which help to build offline-first apps :

GET EXPERT ASSISTANCE
Posted on December 12, 2022 by Himanshu Prajapati