How To Successfully Develop A Flutter App For Scale & Performance
×

How To Successfully Develop A Flutter App For Scale & Performance

How To Successfully Develop A Flutter App For Scale & Performance 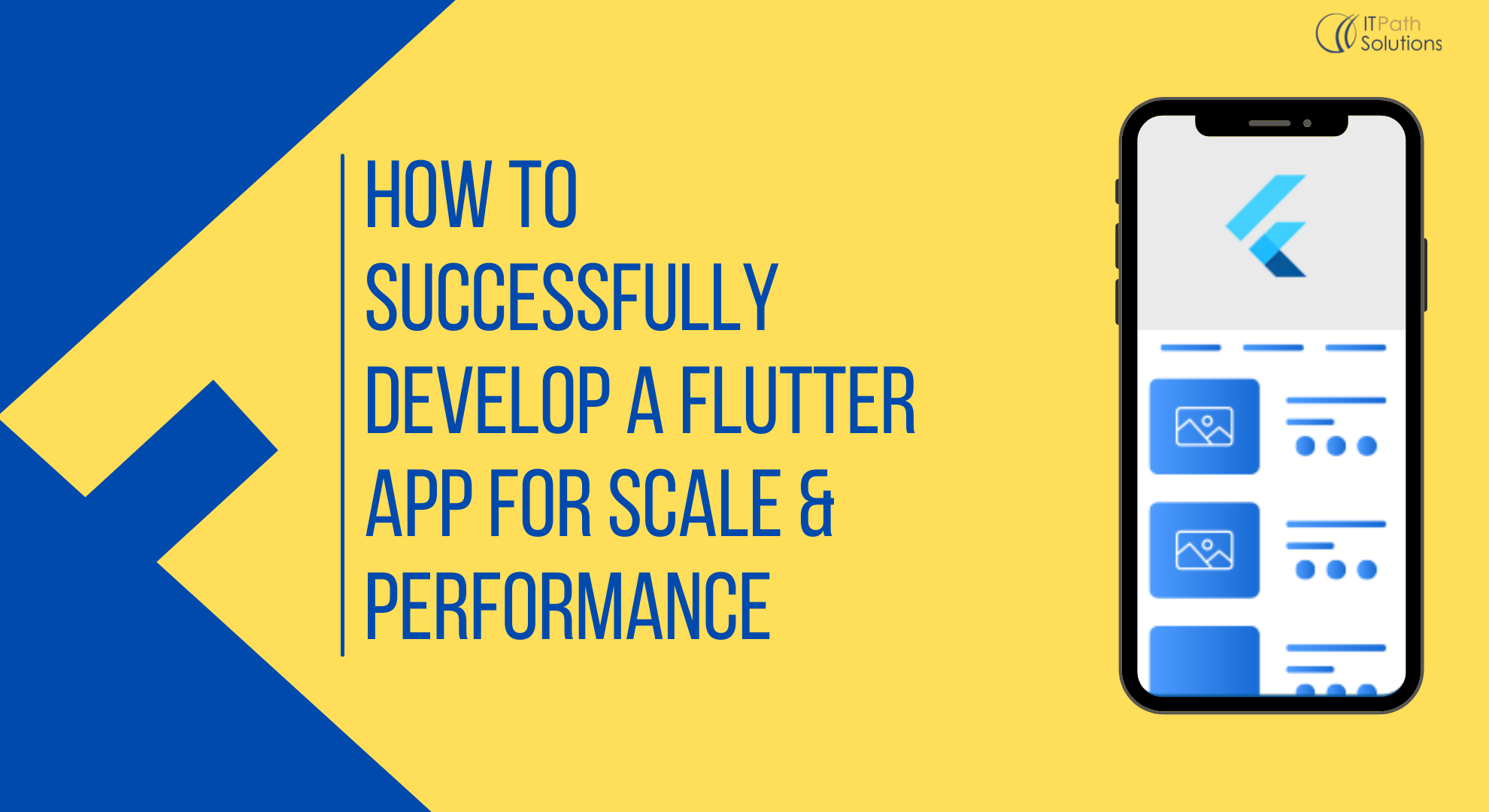 Flutter is a leading app development on the market right now. About 500,000 developers use Flutter every month. Many developers can get started quickly with Flutter. The early stages are done quickly much to the delight of the all parties concerned. But when it comes to the later and more advanced stages of Flutter development the developers are suddenly put in a bind where they cant add more advanced features and modules as errors and bugs start popping up and the development speed slows down.

Flutter app developers should follow a relatively clean and seamless architecture that can handle increasing project complexity with ease. There are no clear and widely accepted guidelines for developing a seamless code. As such, many developers start doing app development with the mindset of avoiding future coding problems which is also quite problematic and limiting for the developers.

As such mobile app developers should focus on developing methodology when they use Dart and Flutter. We need to have an system that can deliver at scale and for the long-term with minimal changes if project scaling is needed.

One methodology that has recently started getting traction is the Domain Driven Design by the coder Reso Coder.

Here it how it goes:

One of the major issues you have when developing a large feature rich app with many multimedia features is the problem of bugs and memory leaks. As such having a clean and well thought-out architecture helps in avoiding such issues as if you need to add multimedia features, your memory usage will be naturally high.

Using the DDD is a breeze. It is generally easier to maintain and use for the long term. Although DDD poses some challenges for the domain layer if used as it is. For value objects, you have to use entities instead of primitive types. So yu will end up writing value objects for each entities which is cumbersome. Hence for very large projects it makes sense to modify the DDD technique a little bit.

For state management, we need to make sure that the solutions don’t hamper the long term prospects of the project. Flutter BLoC can be handy for optimal state management for large and heavy usage apps. BloC pattern has a bit of a steep learning curve.

Flutter BloC library has one major benefit is the large support community behind it. Although BloC still requires some amount of code, it is a bit hard to understand when the state is undergoing changes and updates and BloC to BloC communication is difficult. This will increase the efforts of developers and QAs to check for bugs.

This is where choosing Cubit over BloC makes sense. Here is why:

Cubit uses Emit rather than Yield, so the state is updated in the next line.

While BloC is needed for advanced features such as debounce, throttle and Switchmap most developers can develop their projects without using BloC. Hence, we suggest to use Cubit instead of BloC unless BloC is specifically needed.

The Flutter community provides amazing support and insights to budding developers and some tips and tricks for advanced level developers. We hope you found this article useful. Do drop us a line below if you are looking for Flutter app development.

GET EXPERT ASSISTANCE
Posted on August 9, 2021 by Keyur Patel