How To Create A Video Chat App Like Houseparty in 2021

How To Create A Video Chat App Like Houseparty in 2021 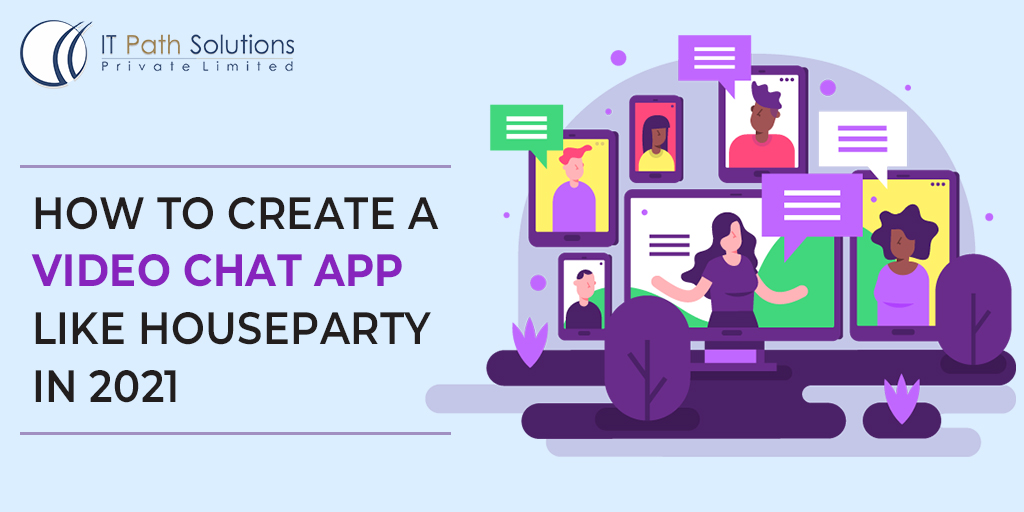 Fortnite users can now use Houseparty to live stream their game play. Which will allow users to have a social network experience while gaming. Fortnite acquired Houseparty in 2019 and is now integrating many Houseparty features into Fortnite, the game developed by Epic Games.

This begs the question, with Houseparty now part of the Fortnite ecosystem should an app entrepreneur look for video chat app development as his/her next business idea? We think the answer is yes and here’s why. There are all types of social apps on the market right now including audio social apps like Clubhouse but video social apps are far and few. People are using video calling and messenger apps like Whatsapp and Zoom to connect with friends and family on video.

There is a huge gap that has opened for a well-built and feature-rich video chat social app development in 2021. Any entrepreneur looking for his app idea can utilize this gap and create an amazing video chat app.

In this article, we try to explain how you can create a video chat app like Houseparty in 2021.

Video chat apps capture the user’s video and by using the app, a user can share his video feed in real-time with other users who are also using the app. Many other features such as feed sharing, screen sharing, text chats, emojis, virtual backgrounds can be added to enhance the user experience of video chat apps.

There are some critical steps that you need to take to successfully build a video chat app. We need to break down the development process into a few major steps for easier understanding and actionable input. 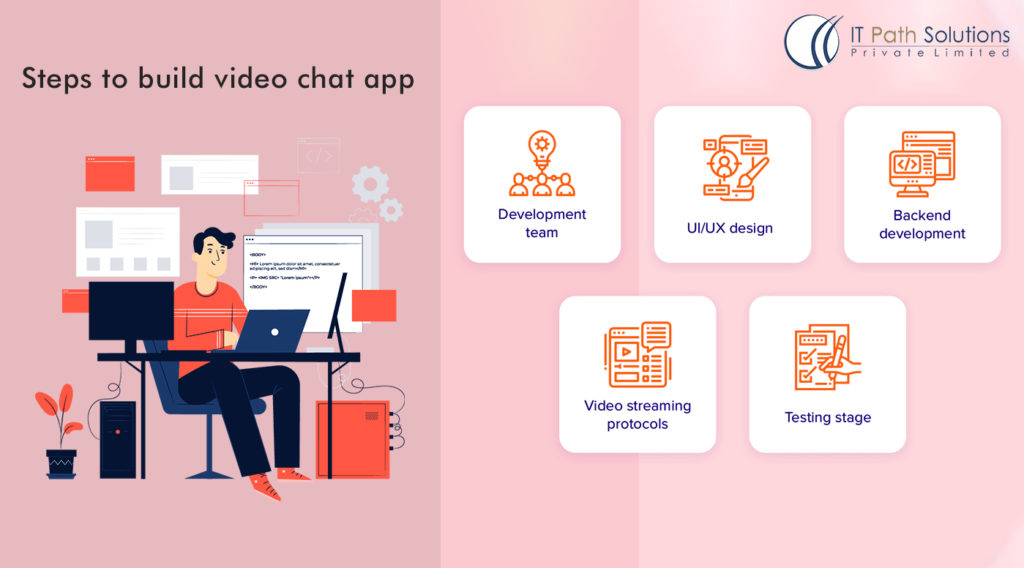 You can hire offshore developers and augment your teams as per your project needs. You can also hire a dedicated developer team to work on your project full time.

UI/UX should reflect the emotions, attitudes, and expectations a user has when interacting with the app. UI/UX is the interaction between the human user and the technology powering the app. It needs to speak to the user and be intuitive, feature-rich, and simple to use.

The backend handles the behind-the-scenes of the app. It is the actual technology on which the app is built and being run. The backend is designed to work in tandem with the front end.

With the WebRTC protocol, developers can establish a real-time connection between the app interface and the server and provide content, streaming & communication between users in real-time.

To make your app successful, here are the major features you should include.

Users can create a new account or register with an existing email or social media login. Users can log in using their Facebook, Instagram or Twitter accounts. You can also allow their friends to be invited to the new video chat app who may be on the other social apps. Most social media apps today allow third-party app login by using an API.

Users can upload their own contact list and find users. They can also use the search function to find other users and make connections.

Users can add or remove friends and make connections. This feature will be central to the social part of the video chat app.

users can create groups from which they can call all members of the group. As most social groups are organized by function or location, interests it makes sense to allow users to organize their friend list. For example a group of work friends, college friends whose members can call each other. 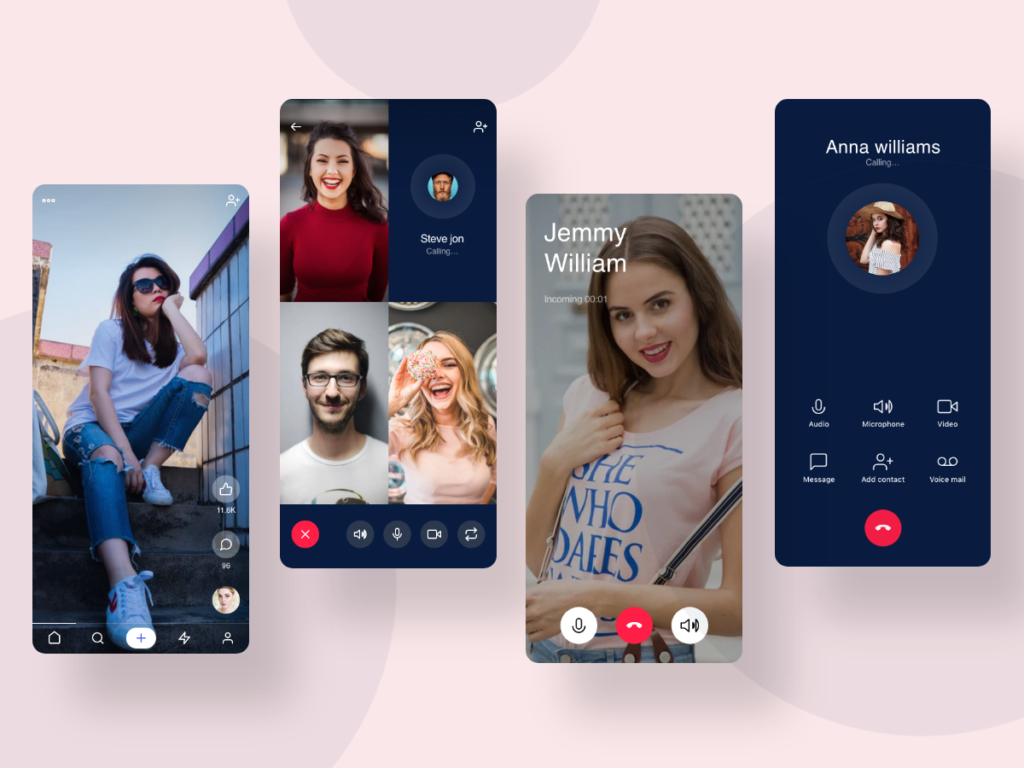 A proposed interface of the video chat app

Users can call each other from the app itself and other features such as emojis, virtual backgrounds, AR-enabled stickers and emojis can be added to the call to make the calls more attractive and competitive form the other apps in the market.

Users can create groups and make group calls. This will be the main feature of the video chat app.

Users can post stories in the form of short videos, clips from the live streams, highlights of the group video chats in their social feed along with other content such as text, images, and messages. This kind of social feed can be optimized using AI/ML for the right type of content delivery based on the user’s expressed interests and activity.

Users who want to chat can do so with the text-based chat feature.

Due to the recent data leaks and political hacks, users vary of sharing any kind of data over the internet and on social platforms. To alleviate such concerns, social platforms should take user privacy seriously and use 256-bit end-to-end encryption so that user data cant be accessed by unauthorized hackers and third parties.

For any mobile app, push notifications serve as a major feature to communicate with users, provide them with updates and get them to take actions within the app.

Users can set a reminder & schedule group chats that will go out as a push notification to all group members to join the video chat on its scheduled date & time.

With screen sharing, users can watch movies together, attend conferences and play or stream games.

to provide a good user experience, you will have to deal with the background noise created by outdoor winds, the noise of instruments such as air conditioning, and other people talking. There are good noise cancellation features already available that can be added to the software. 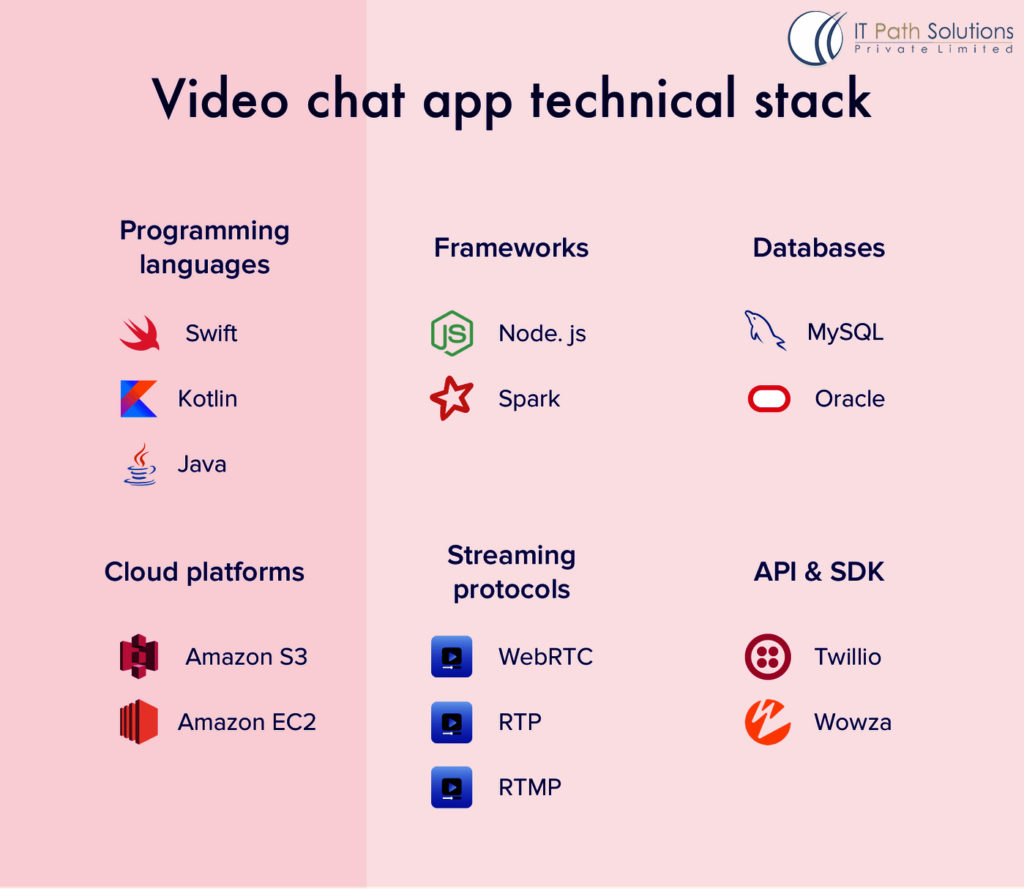 A video chat app tech stack. Your tech stack may match this stack or differ

There are four ways you can monetize your video social app.

by running ads, you can generate display relevant ads to users and charge the advertisers based on clicks or impressions. Google ads and Facebook ads are good examples of this revenue model.

In this revenue model, you will provide the app and most of its features for free but some features will be available after payment. For example, additional stickers, large groups are the kind of features people might pay for.

Video chat apps development is a major opportunity for app entrepreneurs. We can help you build a video chat app as per your specifications with strict confidential agreements and full IP transfer. Get in touch with our video chat experts below. 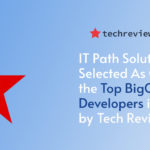 How To Successfully Develop Your Own Laundry App in 2021 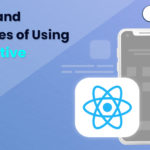 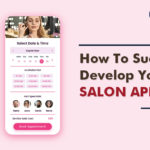 How To Successfully Develop Your Own Salon App in 2021

Main Principles to Follow for Mobile App Design in 2021 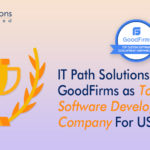